Today was United Nations Day at school and it was so much fun!  It’s hard to figure out where to start in telling all of the stories of the day.  I tasted treats, sat in a car from India, Disco danced in Holland, had Korean noodles, Indian Samosas, Slovenian honey, Polish Perrogi, Italian sliced ham, Turkish treats.  I won a prize at the China booth when I was able to remember some of my Chinese characters.  I was very proud that I remembered Zai Jian (再见).  Then, I milked a goat and later traveled the Oregon trail and got a new recipe for Snickerdoodles (but they called them something else).

But, I also got flags from a few countries, watched fabulous dances and enjoyed conversation with almost every booth.  I watched Tae Kwon Do when they broke some wooden boards and took lots of video of the Chinese and Turkish dancers.

But, there were a couple of special moments.  The students reading their poems in the assembly almost made me cry.  I did shed a tear during the music when I heard the wonderful voices of our soloists.  And, like always, I really enjoyed sharing my ideas with our “family” audience.  We were all warriors together on the day!!

I also received a special gift from the Swedish table, a wonderful volume on Dag Hammarskjold.  He was the second Secretary-General of the United Nations until the year after I was born in 1961, but I remember him dearly for two reasons.  First, I remember writing a research report about him when I was in 6th-grade while we were studying the United Nations, probably about this same time of year because I remember also celebrating countries from around the world in a very similar fashion.  Second, I remember his legacy being a significant presence at Pacific Lutheran University, my alma mater. PLU hosts the largest Scandanavian Center in the Pacific Northwest.  He has been an inspiration to me and, of course, shares a portion of my heritage since I have about 25% Swedish inside of me somewhere (along with Norwegian and Swiss).  The book presented to me today was a wonderful gift and I’ll treasure it.

We really have to thank PTO for such a great day today!  It was brilliant and all the parents really took on the challenge and made it truly special!

And a special shout out to Mr. Sidaway and the team in the Athletics and Activities office for making our assembly truly something special.  I really enjoyed watching the UN flag rise over the crowd during the procession.

I had a great day at school.  Memories will remain with me for a long time.  As I said, these memories will come back to make me a better person someday.  If I remember them, maybe I can help change the world for the better!

The Konstancin-Jeizorna mayor has invited us all to November 11th – Polish Independence Day in the local community.  Mass and wreath-laying is in the AM, followed by an Independence Day race at noon and a picnic in the historical park. Here is the link:  https://www.facebook.com/events/2629901990573093/ 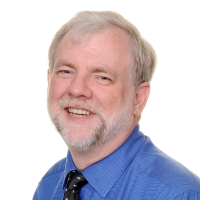